This is one of those books that is made all the more poignant by unrelated events overtaking the creator. Like Sam de Brito’s book No Tattoos Before You’re Thirty and Adrienne Shelly’s movie Waitress, I’ll Be Gone in the Dark takes on career-defining importance with Michelle McNamara’s untimely and unexpected death. The book was finished by her lead researcher, Paul Haynes, and Billy Jensen, a friend who was also an acclaimed journalist, and is bookended by an introduction from crime author Gillian Flynn and an afterword by Michelle’s husband, actor and comedian Patton Oswalt, and they have done justice to all her hard work.

In the 1970s and 1980s, a rash of home invasions, burglaries, rapes and murders took place across California. There was nothing specifically linking them, although there were similarities in the MOs, but jurisdictional issues and a wide geographic spread both played roles in how long it took to realise they were all being committed by the same person. A few of the detectives had suspicions but nothing came of it. END_OF_DOCUMENT_TOKEN_TO_BE_REPLACED 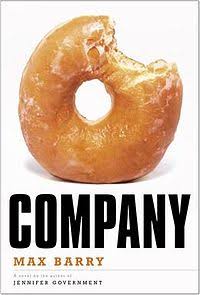 Max Barry is the king of satire and this is another in a long string of his books that deserves high praise. But the problem with satire these days is the world is so ridiculous that satire now resembles the horrible reality. So anyone who has ever had a job will read the first half of this book and recognise the hell that is being an employee. END_OF_DOCUMENT_TOKEN_TO_BE_REPLACED 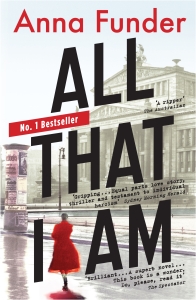 I spent the first half of this book almost positive that it was an entirely unnecessary literary contribution. It’s a fictionalised version of real events and real people so why not just read a history book? It does a lot of info dumping, just like a history book, with too much telling and not enough showing as a means of proving the immense amount of research that has clearly been done. But by the time I finished, none of that seemed to matter. I was utterly seduced. END_OF_DOCUMENT_TOKEN_TO_BE_REPLACED

This is the latest book in my year of reading Australian female writers.

Compulsory registration, a perpetual electoral roll, universal suffrage (all citizens aged over eighteen excluding those currently jailed for a term of three years or more), compulsory voting, postal, absentee and pre-poll voting, preferential voting in the lower house, proportional voting in the upper house, secret ballots, an independent electoral commission (not controlled by political parties), everything Australia does is designed to ensure everyone has a say and the majority is reflected while the minorities are protected. END_OF_DOCUMENT_TOKEN_TO_BE_REPLACED

Helen Garner could write a book about painting one wall of her living room and it would still be fascinating, that’s how good a writer she is. But having now read three of her books, I’m seeing a theme: she is baffled at why everybody doesn’t think like her and more baffled when people won’t take the time to try to convince her to think otherwise, then give her the opportunity to do the same.

The First Stone is creative non-fiction, meshing tales from Garner’s own personal life, particularly emphasising her and her friends’ experiences with feminism and unwanted male attention, with the story of two accusations of sexual harassment at the University of Melbourne by two students against the head of Ormond College, one of the residences. It comes to her attention when she reads about it on the front page of The Age newspaper, as the students have taken their complaint to the police after being unsatisfied with the university’s handling of the matter. END_OF_DOCUMENT_TOKEN_TO_BE_REPLACED

Gayle Forman is a brilliant writer. They say that easy reading is hard to write and If I Stay was a very easy read. Told in a first person narrative by Mia, a seventeen-year-old high school senior and a gifted cellist, the news comes through that schools are closed for a snow day so Mia, her parents and her little brother plan a busy day out visiting friends, family and stores. They never even make it to their first stop on the itinerary though because a truck slams into their car.

Her parents die instantly and the scene Forman writes describing the aftermath of the crash is so visceral that I was nervous getting in a car afterwards. Seeing their lifeless bodies, Mia can’t bring herself to look for her little brother and instead stumbles across her own. Except she isn’t dead. She’s badly injured and for the rest of the book has an out-of-body experience watching the doctors and nurses trying to save her and her friends and family in the hospital waiting room coping with their loss and praying there won’t be any more. END_OF_DOCUMENT_TOKEN_TO_BE_REPLACED

Reading The Spare Room by Helen Garner reminded me very much of reading Glenice Whitting’s Something Missing. Not because of their stories or characters but because I know Glenice and when I read her book, I realised that it was based heavily on and drew extensively from her own life. I don’t know Helen Garner personally at all but I’m starting to wonder how much of her fiction is actually fiction. Almost everything she’s written that is classified as such seems to have a real life twin.

Helen (yes, the main character’s name is Helen – more evidence of a thinly veiled story) has agreed to host her Sydney friend, Nicola, in the spare room of her Melbourne home while she undergoes three weeks of cancer treatments. Nicola has always been a bit flighty and end-stage bowel cancer isn’t going to change that. She’s already done the chemo, the radiation; it hasn’t worked. So now she’s placing her faith in the Theodore Institute where they intravenously pump her full of Vitamin C, have her hold electrodes while in an ozone sauna and perform cupping, all to force the “toxins” out. Nicola’s immense pain is proof that it’s working, they say. END_OF_DOCUMENT_TOKEN_TO_BE_REPLACED

Jed Rubenfeld is a modern-day Renaissance man. A professor of law at Yale University who has also taught at Stanford and Duke, he is an expert on constitutional law, privacy and the First Amendment. He studied theatre and Shakespeare at Julliard and wrote a thesis on Sigmund Freud during his senior undergraduate year at Princeton. He is also the author of six books, two of which are novels. It seems as though there’s nothing he can’t do. If I didn’t admire him so much, I’d be horribly jealous. (Well, maybe I can do both at the same time.)

The Interpretation of Murder was his first novel. It’s a very intricate weaving of true events and characters with fictional events and characters. Sigmund Freud, Carl Jung, Sandor Ferenczi, Ernest Jones, Abraham Brill – all real life figures in the early 1900s movement of psychoanalysis, which was new, controversial and in competition with neurology – mingle with the fictional Elizabeth Riverford, Dr Stratham Younger, Nora Acton, George and Clara Banwell, Coroner Hugel and Detective Littlemore. There’s a miniature essay at the end of the book clearly outlining what’s real and what’s not and the artistic licence taken, which is a good thing because the blending of them is seamless. END_OF_DOCUMENT_TOKEN_TO_BE_REPLACED

I don’t normally read fantasy fiction but with a terrific cast of characters and great writing, this is the kind of book that could change anyone’s mind.

Danil is a scavenger in the deadlands (barren for centuries after a widespread scorching event that ended the Great War) that separate the kingdoms of Roldaer and Amas. Danil and his fellow humans live in Roldaer under the rule of King Liam and his numerous magi, powerful sorcerers. Amas is the land of shapeshifters. Born into human form, they gradually discover their true form, basically their spirit animals, and then can transform at will and back again. END_OF_DOCUMENT_TOKEN_TO_BE_REPLACED

On the front cover of Jennifer Government, the book by Max Barry, there is an endorsing quote from Naomi Klein. Now that I’ve read No Logo, I understand why. Because Jennifer Government is the future we can look forward to (with dismay) if the present that Naomi Klein has described so poignantly in No Logo continues on its path.

It’s more than fifteen years since this book was first published but I suspect very little has changed. I read the tenth anniversary edition with the added foreword discussing the marketing brilliance of the first Obama presidential campaign. It’s a collection of anecdotes about marketing, about how the ultimate goal of companies now is to produce nothing but a brand (all manufacturing is outsourced) and how there is very little they won’t do in order to achieve it – except, of course, the right thing. With little regard for human rights or the environment, they do only what is legal without any thought given to whether or not it is ethical. Sometimes they don’t even bother with making sure it’s legal. END_OF_DOCUMENT_TOKEN_TO_BE_REPLACED